Sandouk El-Dounia, derived from the Peep Show concept that originated in the 15th century, has been a major attraction and a source of pure excitement and happiness for children in many cultures. The concept is also particularly significant to the mission and vision of IAAF since it is based on triggering the imagination of youngsters and making them wonder what the world has to offer and what they can give back. It is thereby fully sponsored by the Inas Academic Awards Foundation and completely free of charge to the public. Sandouk El-Dounia is also part of the national culture and collective Lebanese memory, and it is a means to connect children today to this precious part of our history and culture. Sandouk El-Dounia hands images of the world to the children in a box. Our hope is that this will allow them to continue dreaming and enjoying a healthy childhood.

“All our dreams can come true, if we have the courage to pursue them” – Walt Disney 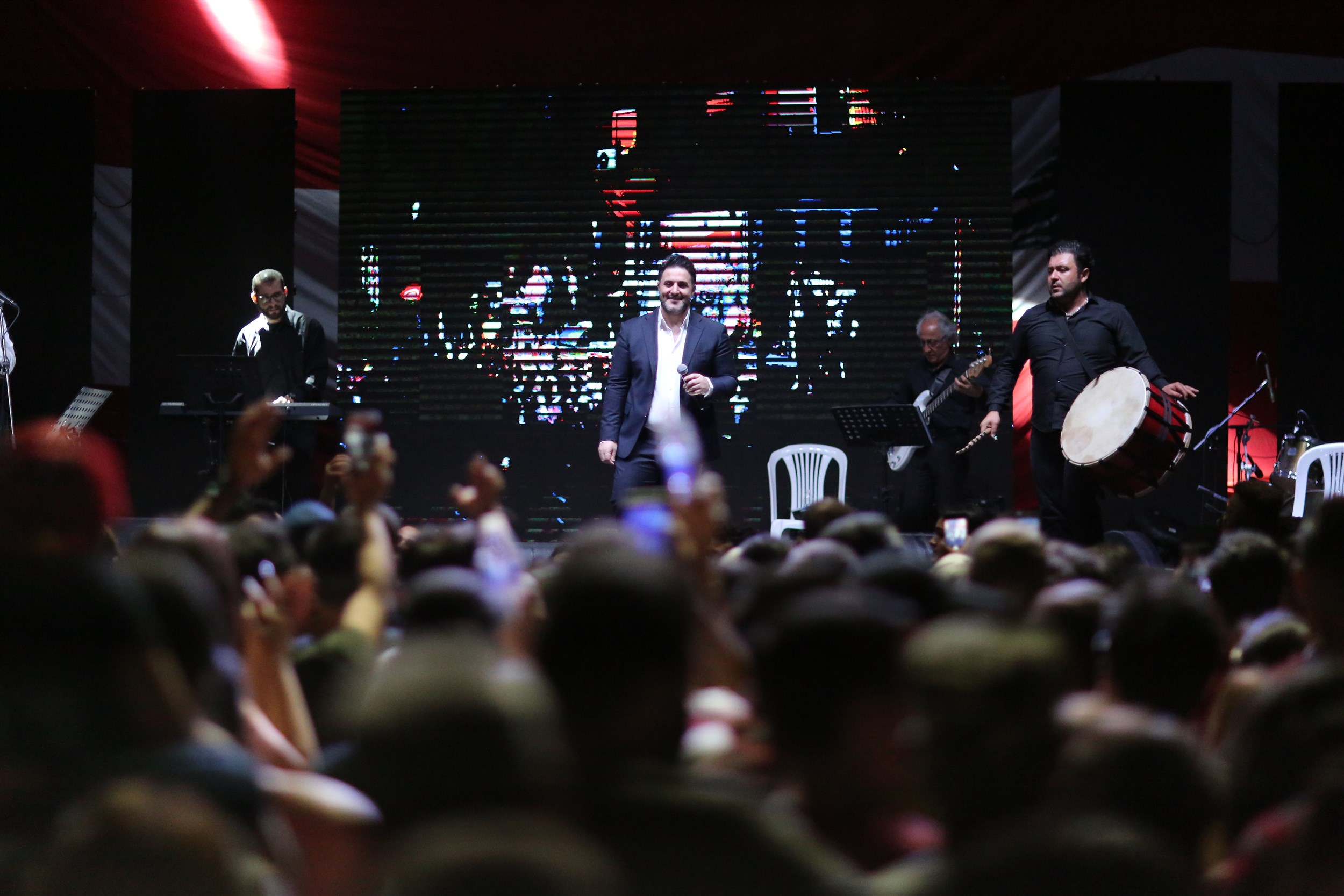 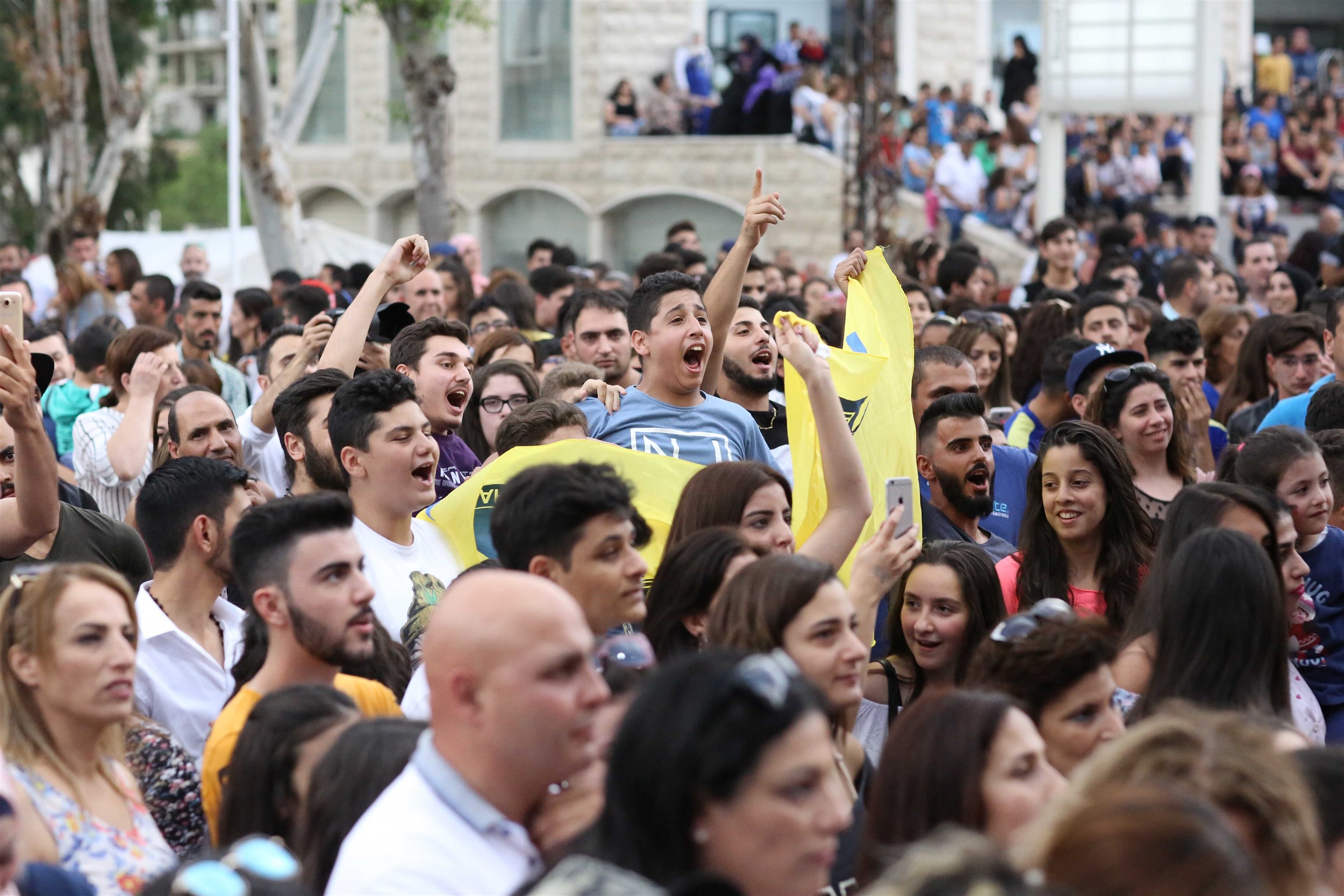 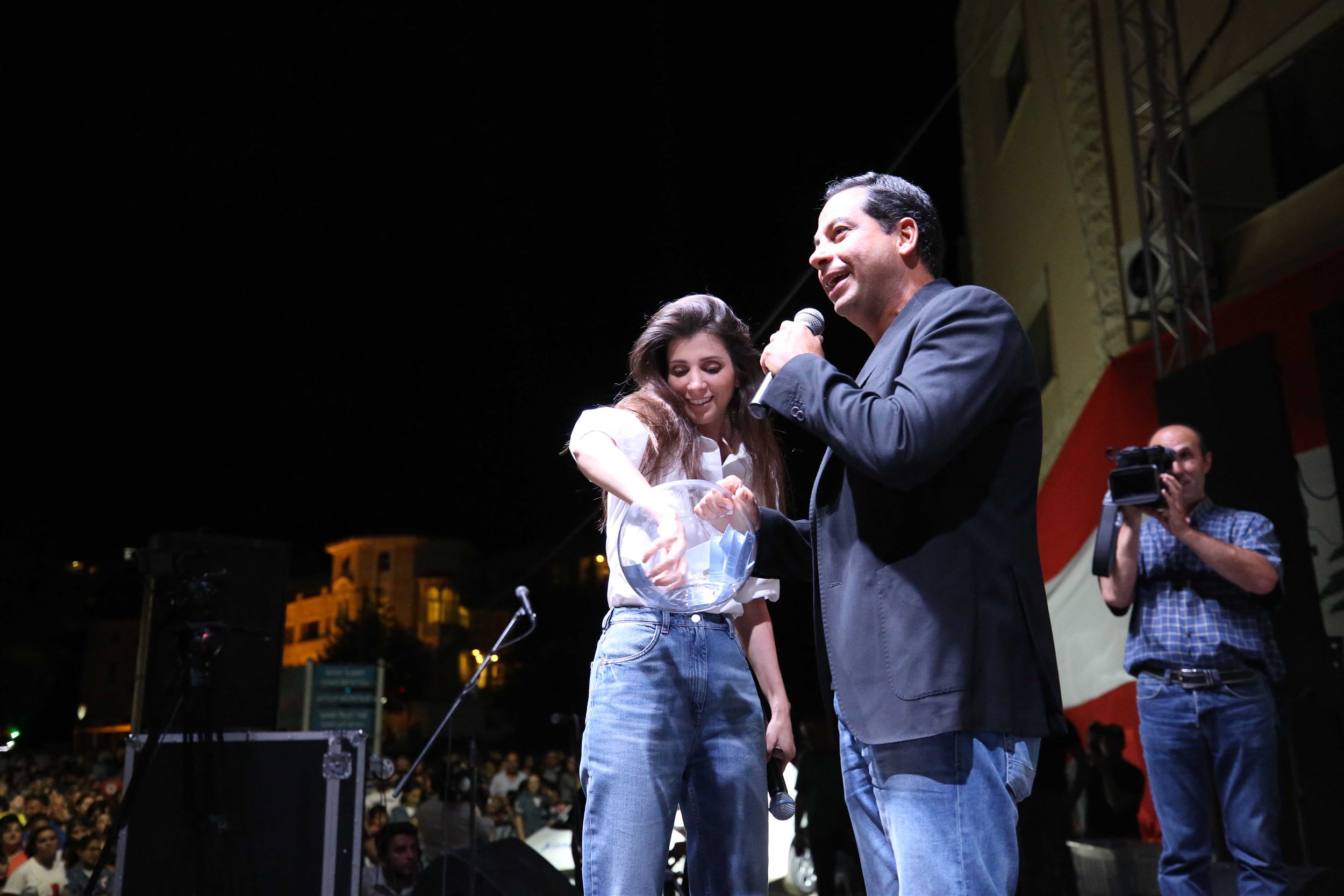 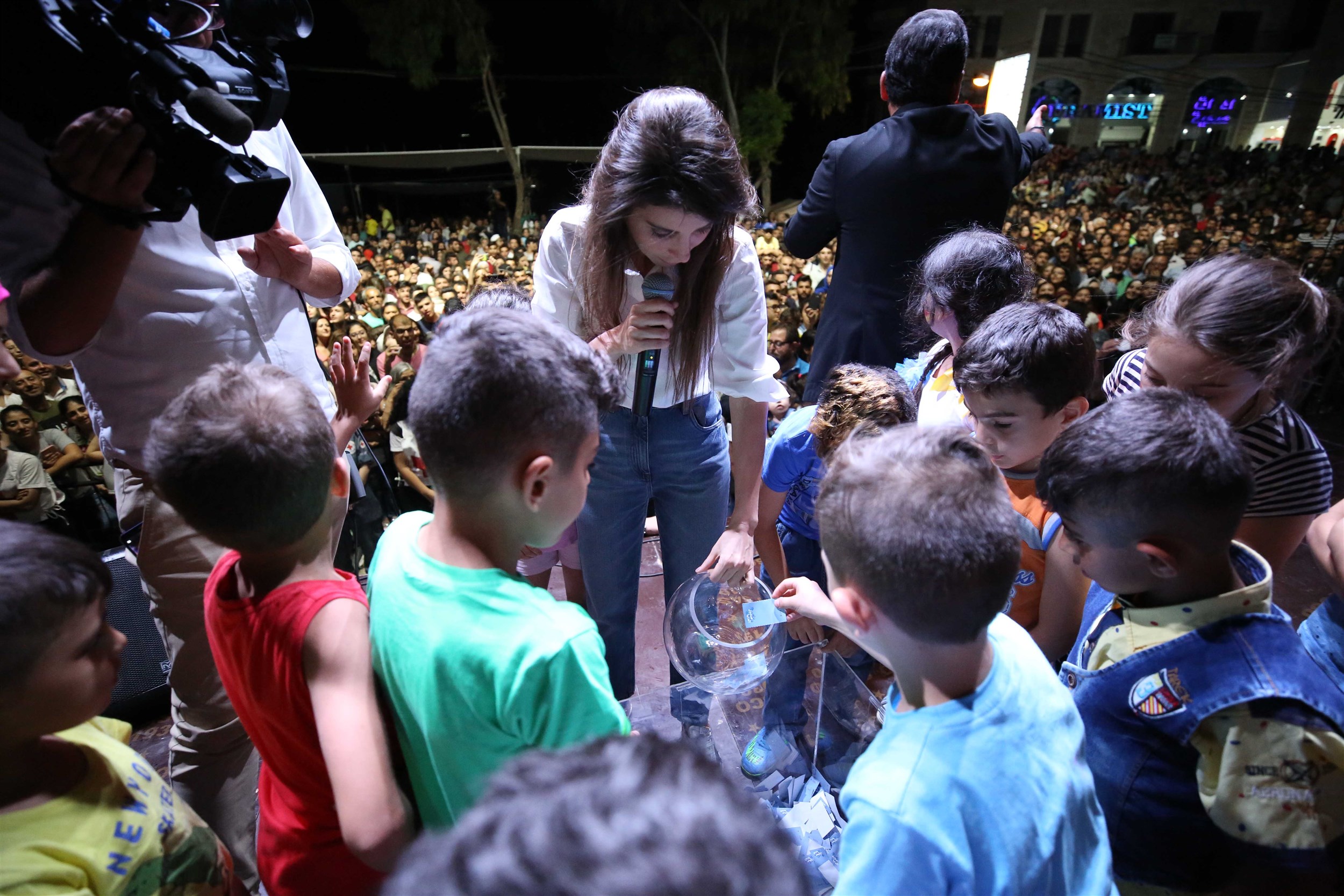 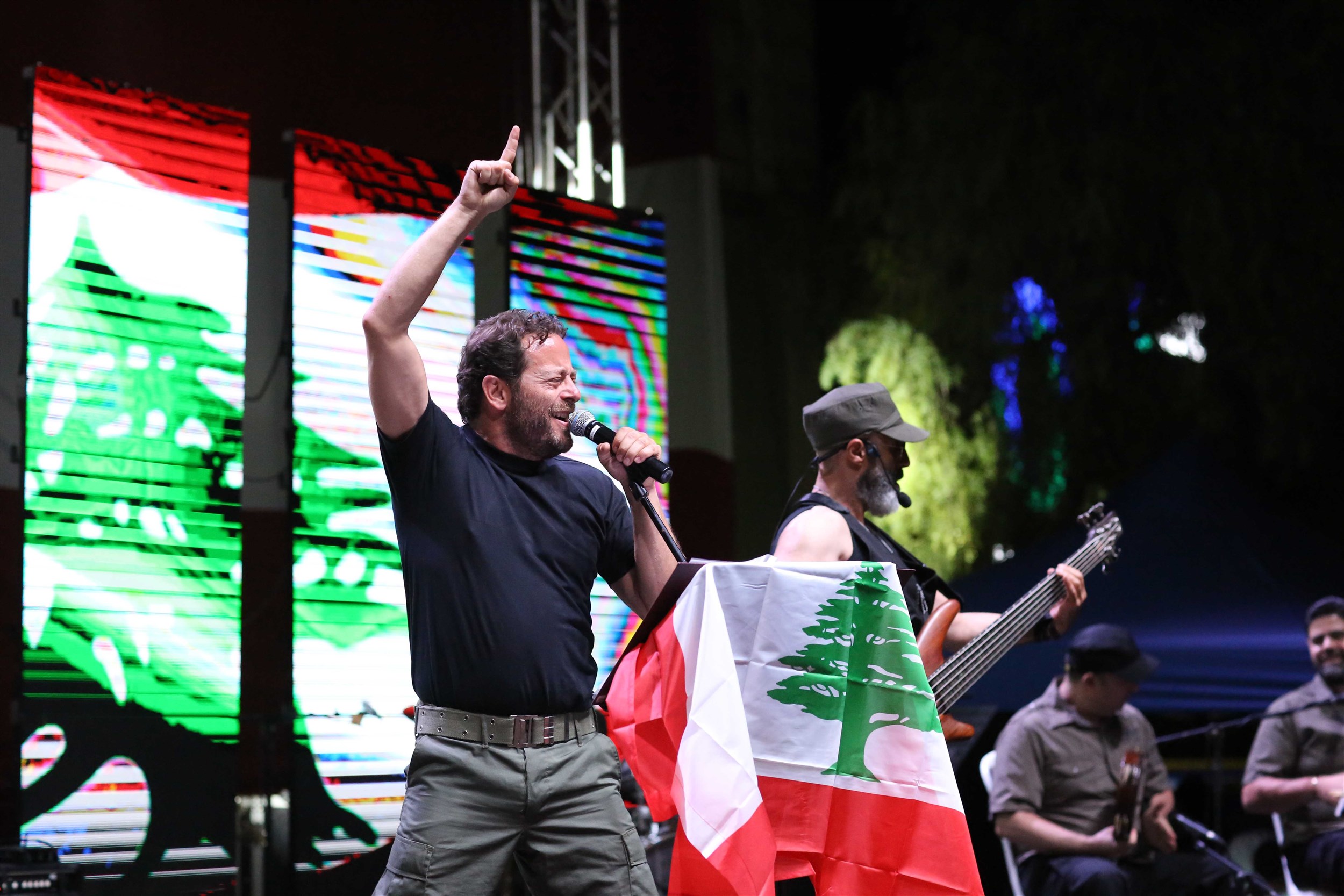 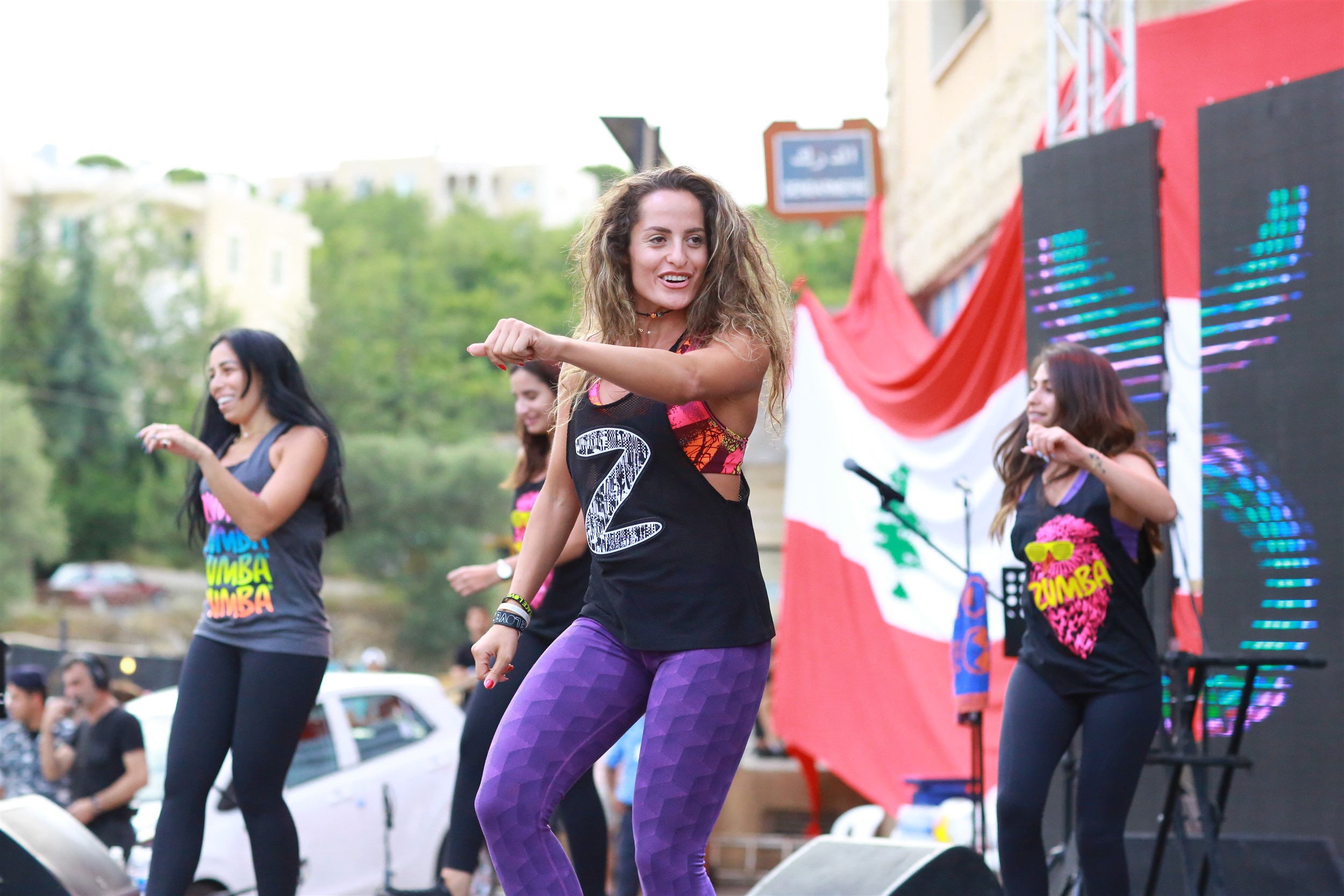 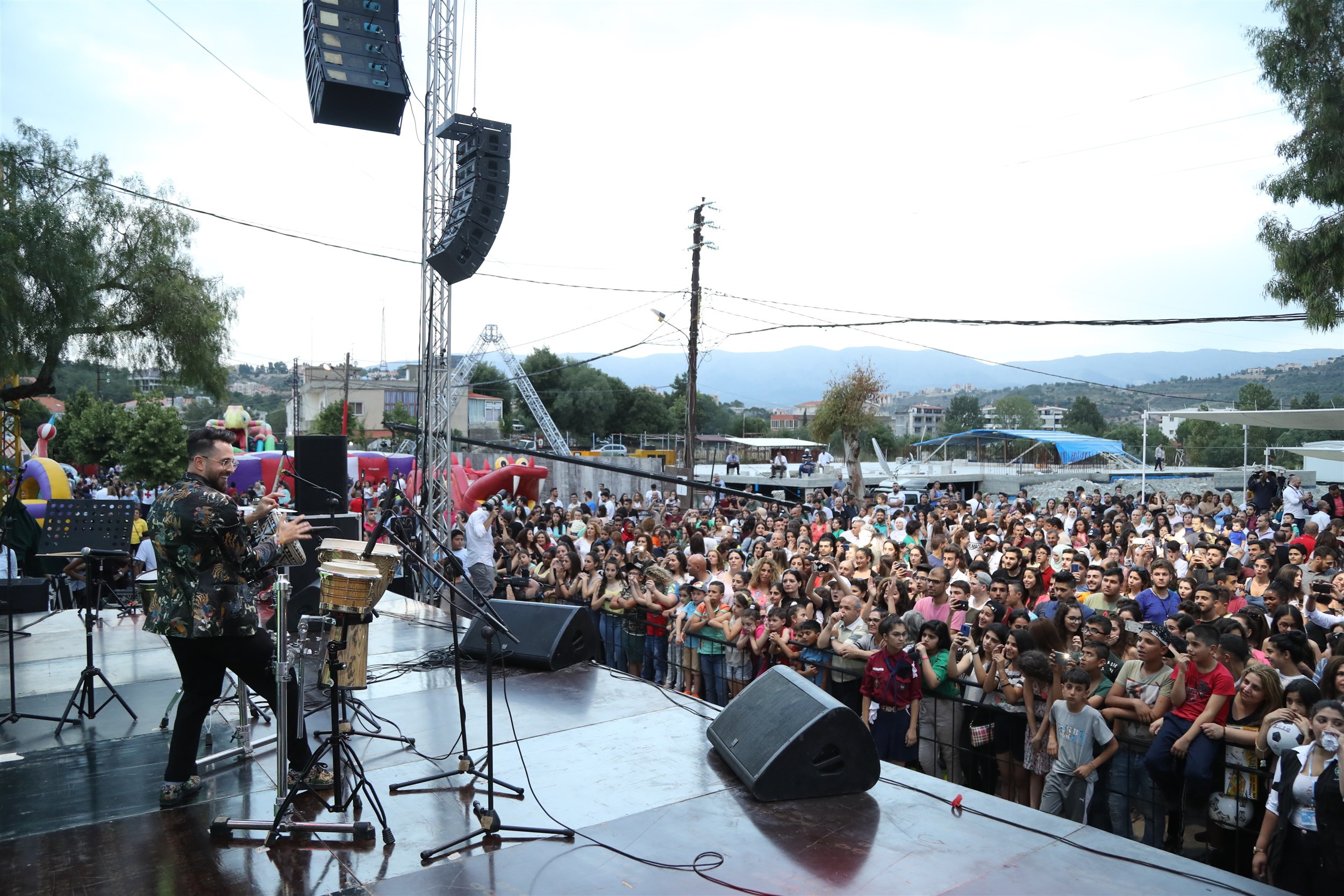 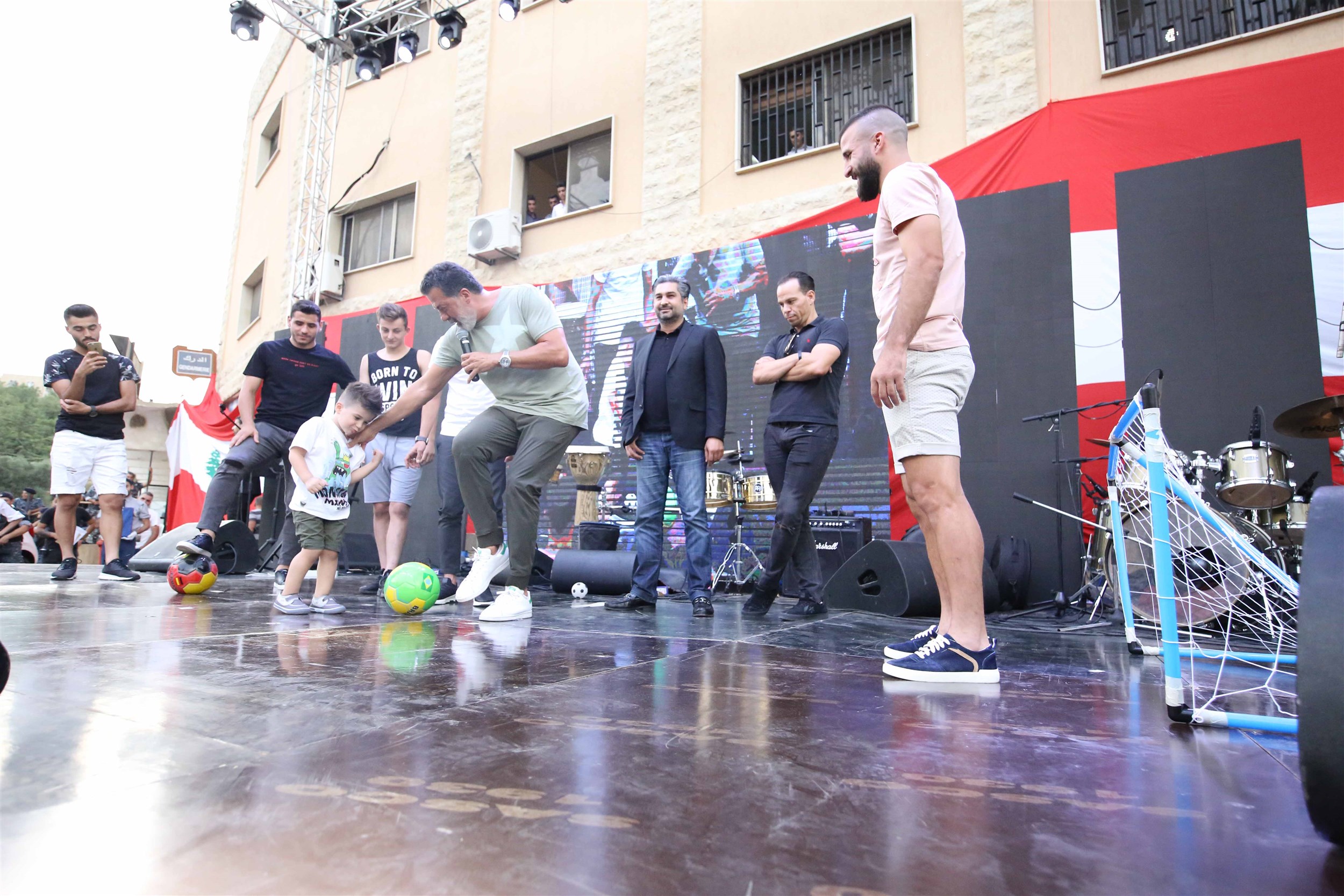 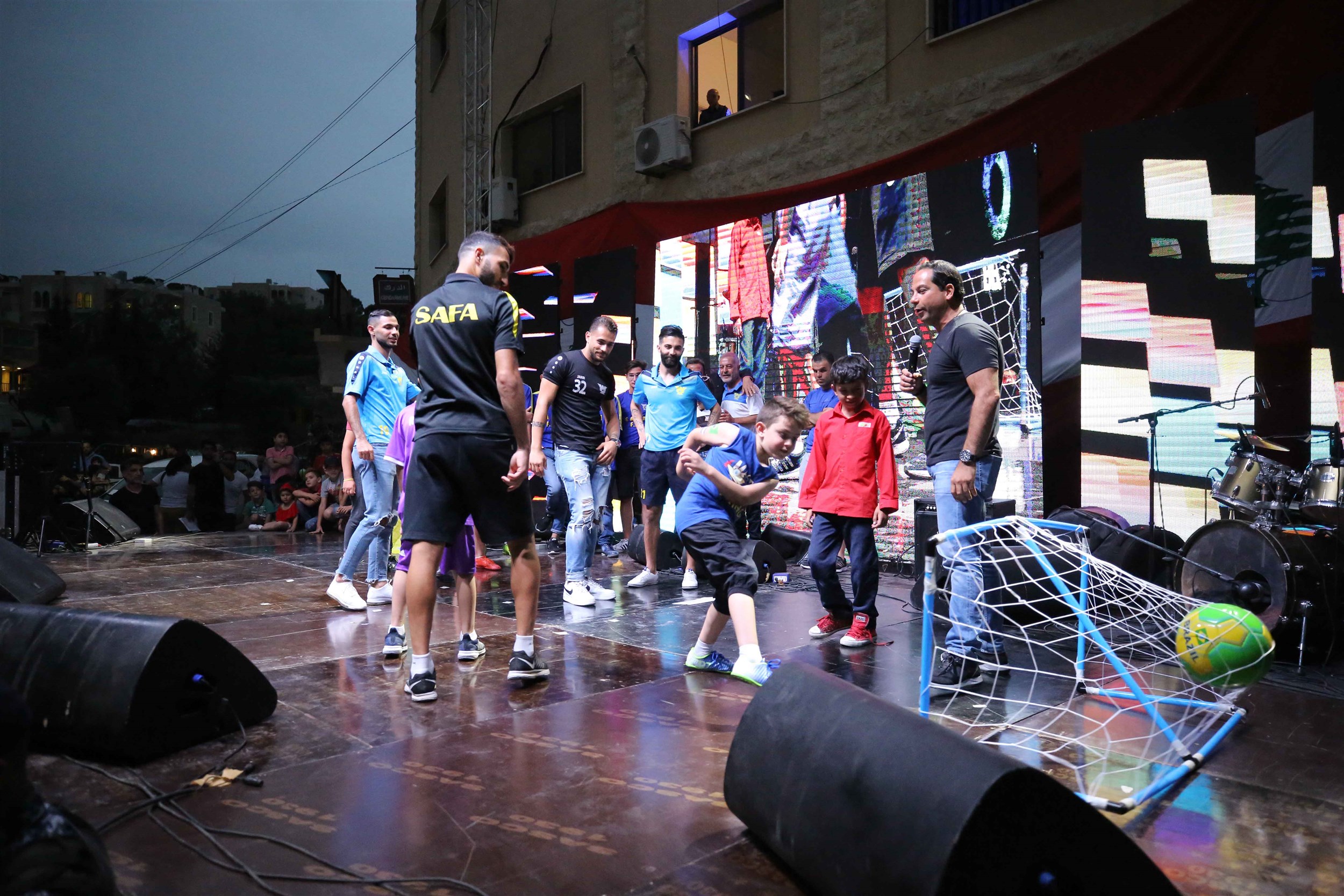 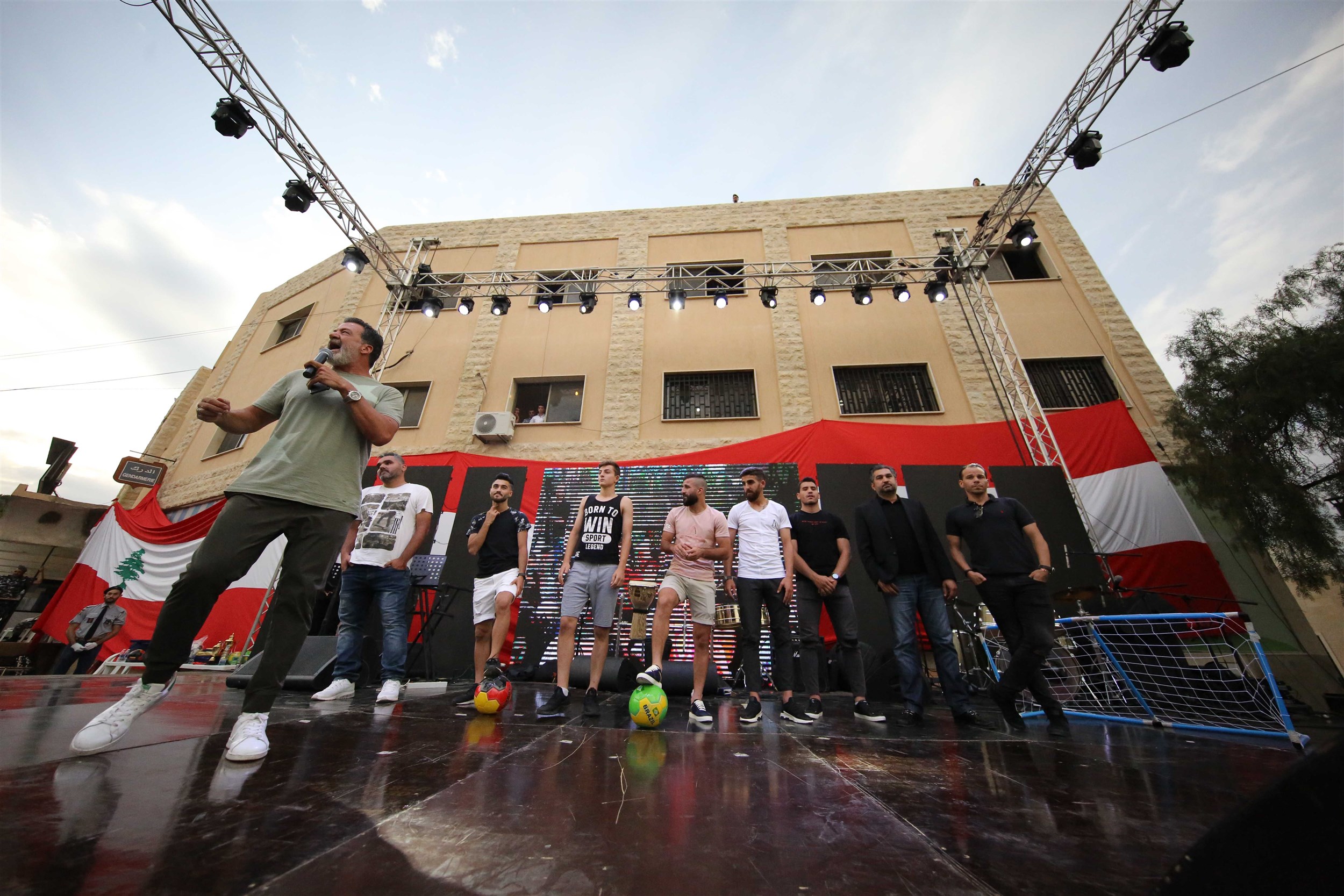 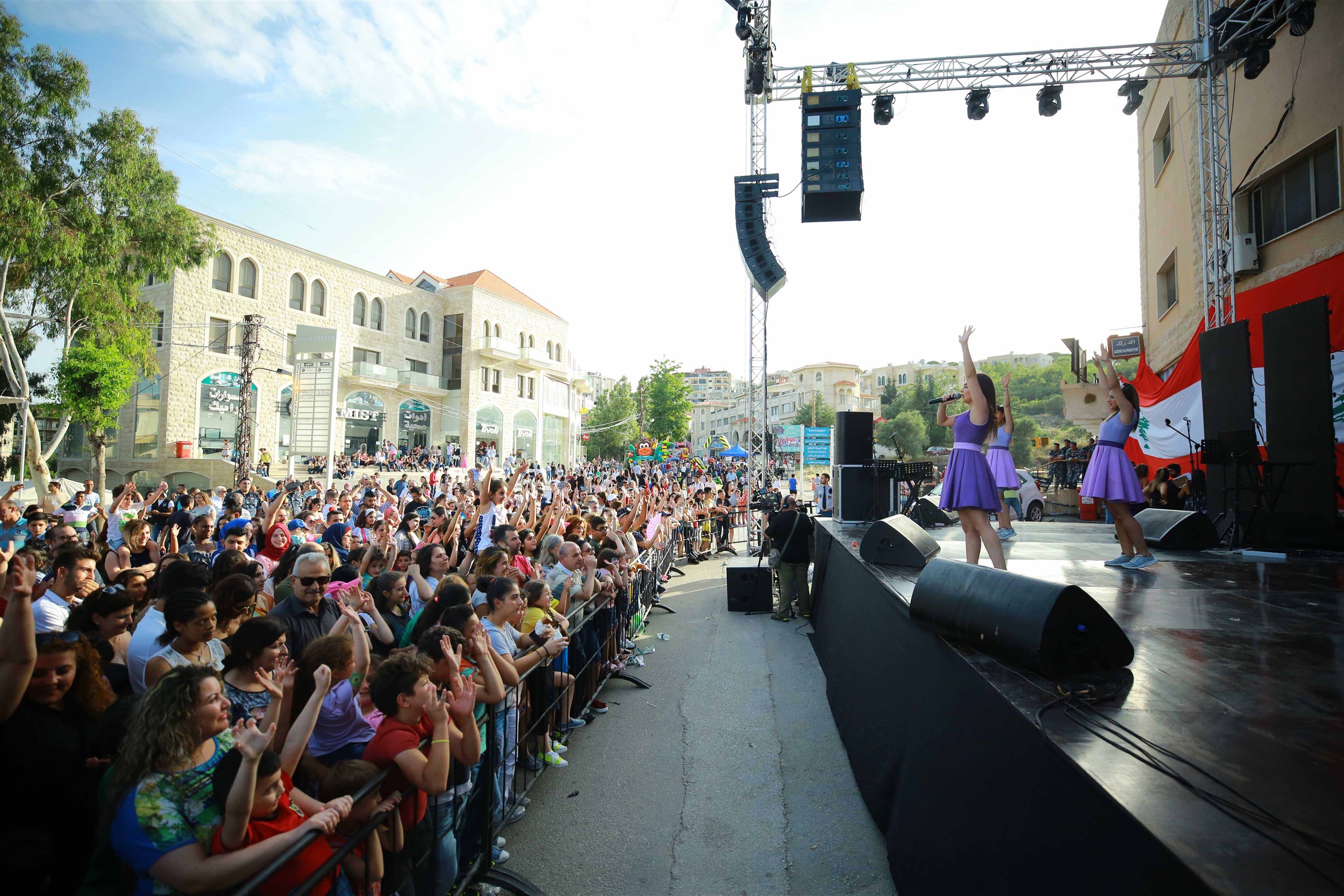 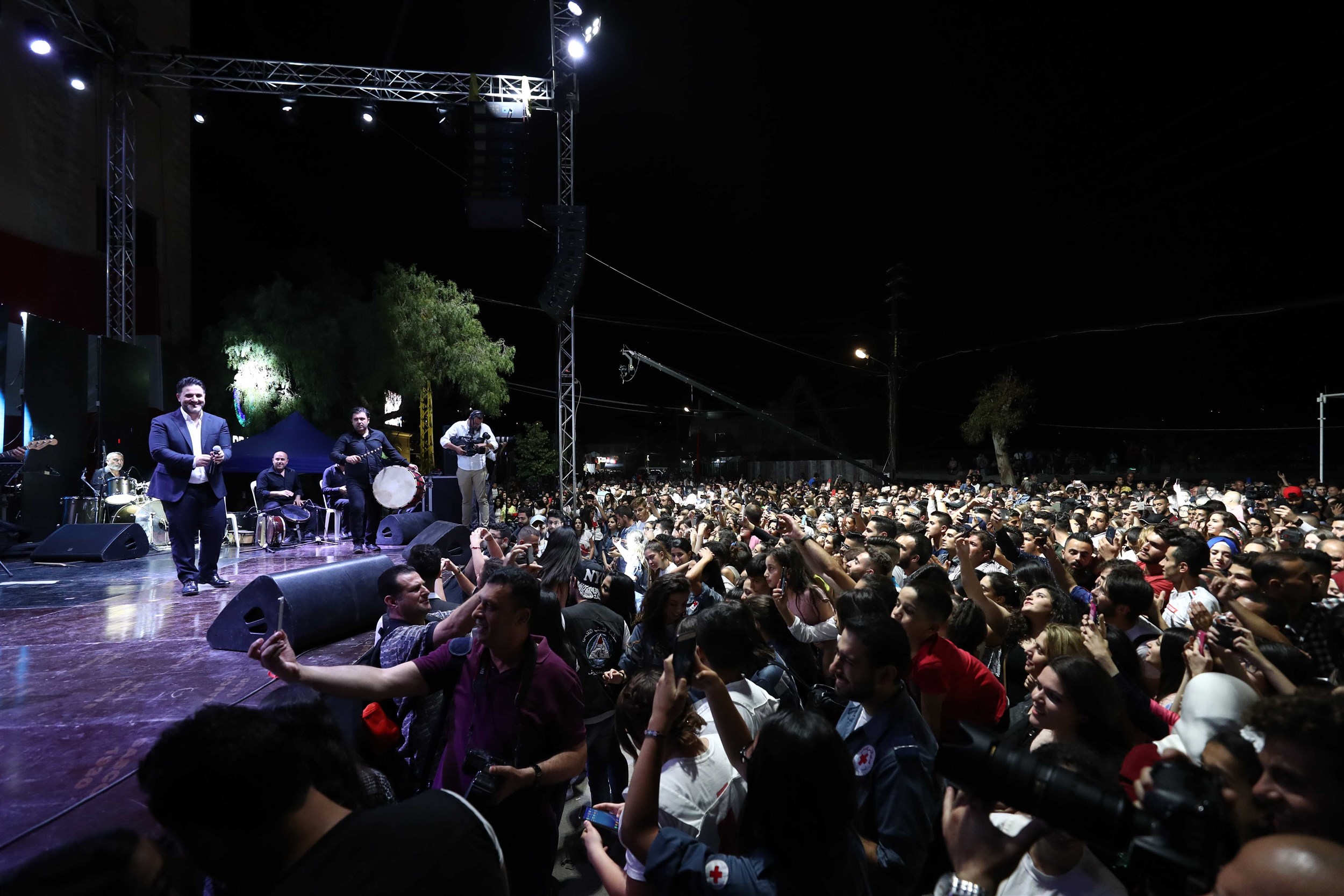 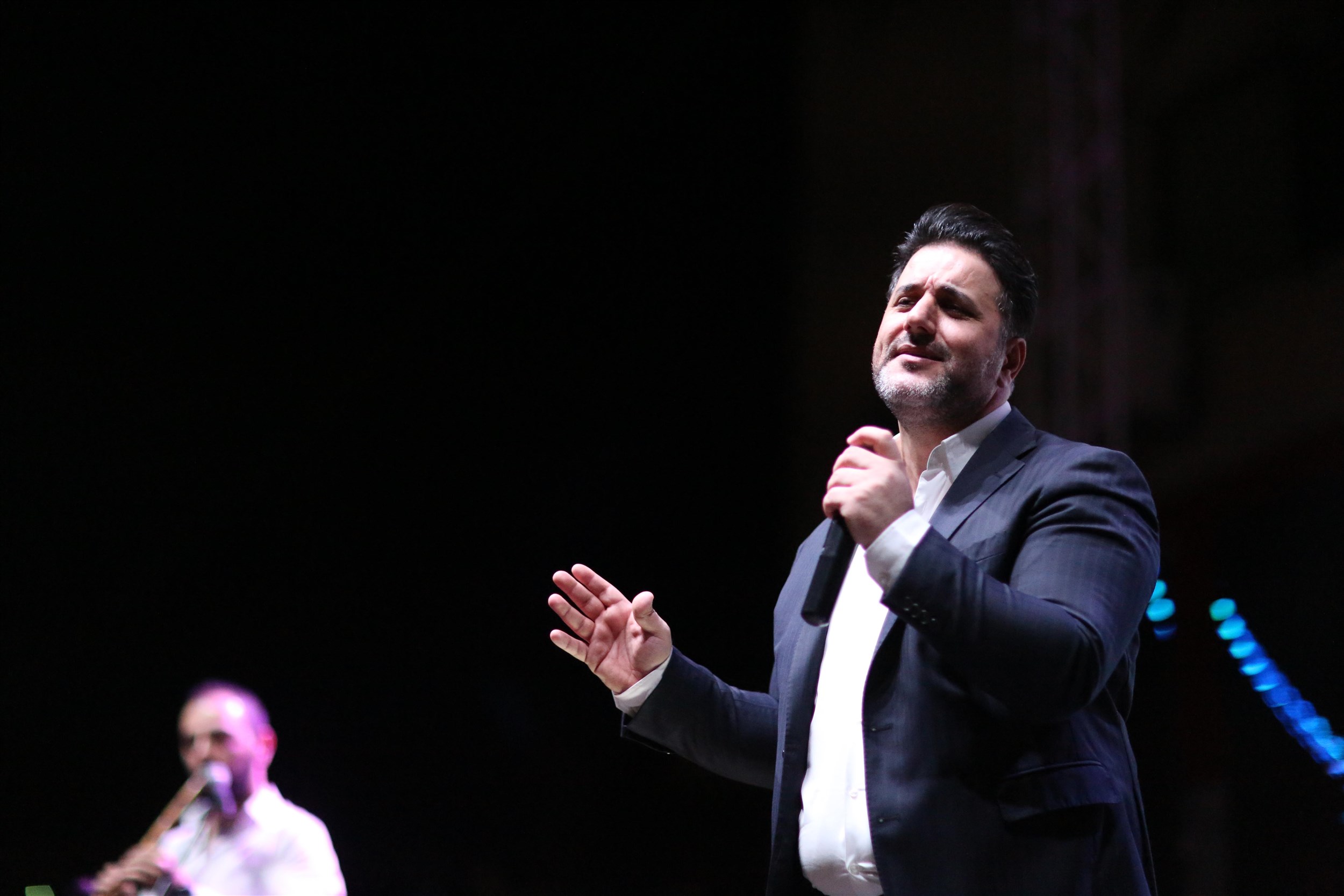 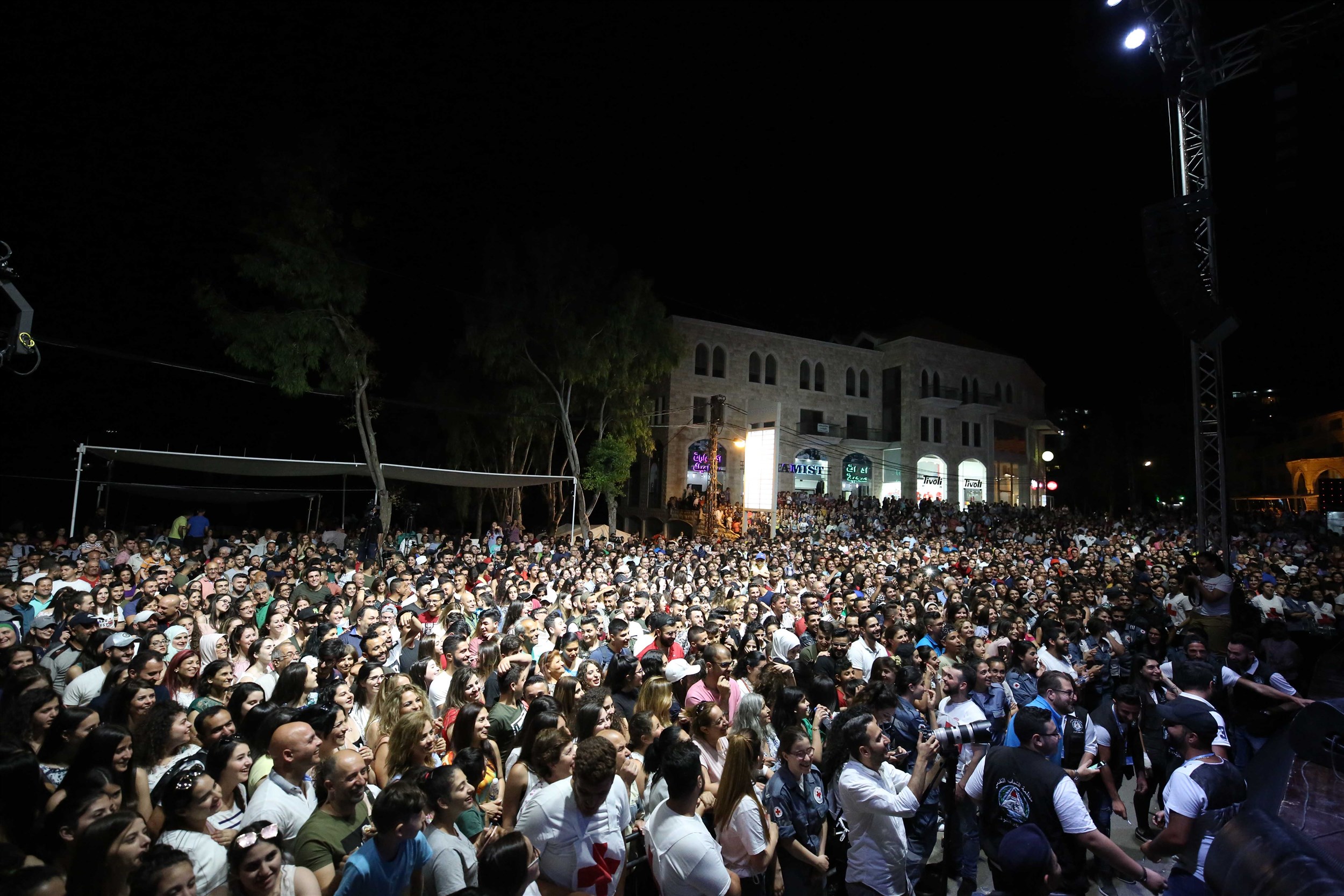 Inas Academic Awards Foundation organized "Sandouk El Dounia" festival in Marj Baakline for the third year in a row on the second day of Eid al-Fitr, Saturday June 16. This festival added an atmosphere of joy in the Chouf region, especially among children.

This festival was held under the patronage of His Excellency Taymour Beik Joumblat, represented by Dr. Omar Ghannam the Chouf Undersecretary of the Progressive Socialist Party, in cooperation with Baakline Municipality, the Union of Municipalities of the Upper Chouf, the federation of municipalities of Chouf Souejani, and the Kharoub Province. The festival gathered in Baakline more than 14,000 citizens from the entire Chouf region, as well as from the South and the North of Lebanon.

The festival transformed 17,000-square-meter into a theme park for children of all ages. Sandouk Al Dounia celebrated with children through the musical theatre Luna, Zumba, magic shows, and a magnificent football parade with the participation of both “El Nejmeh” sports club with the presenter Tony Baroud and the “Safa” sports club with the presenter Michel Azzi. Sandouk El Dounia celebrated with the star Melham Zein, and artist Badih Abou Chakra who performed the play "Hob wa Metras”.

On this occasion, and for the first time, Sandouk El Dounia did a draw on a car, won by a child from the audience. Usually our parents give us gifts, but in Sandouk El Dounia festival, we made sure that is going to be the other way round. The winning child will present the car to his parents, conveying the importance of family in our society. The car was presented by Inas Academic Awards Foundation after the draw.

The festival was attended by political friends, official generals, media, and celebrities.
In her speech, the Foundation President Inas Al Jarmakani thanked all participants and all those who contributed to the success of this festival, assuring that the Foundation will continue to make all the necessary efforts to contribute in bringing more joy to the hearts of children and honor and develop Lebanese creativity, especially among the university youth.
It is noteworthy that the festival Sandouk El Dounia was completely free including the entrance, multiple activities for families and all ages, in addition to providing food and drinks to the Festival's pioneers.